So I hope everyone got some rest and did not put too much strain on the back with the snow storm. Beforehand I had talked to several of the agents in the office and the theme was the same across the board. A ton of stuff in the pipeline but the weather has been delaying things. In milder winters we see the office inventory rise steadily through January and February. It has gone up a bit so far this year but not at the rate of years past. With the slow start, throw in the number of transactions projected for this year and the weather breaking a bit this week...Real Estate is coming and it will be coming fast and furious like a Tidal Wave.
This guy is Real Estate and you are the water, better get ready! 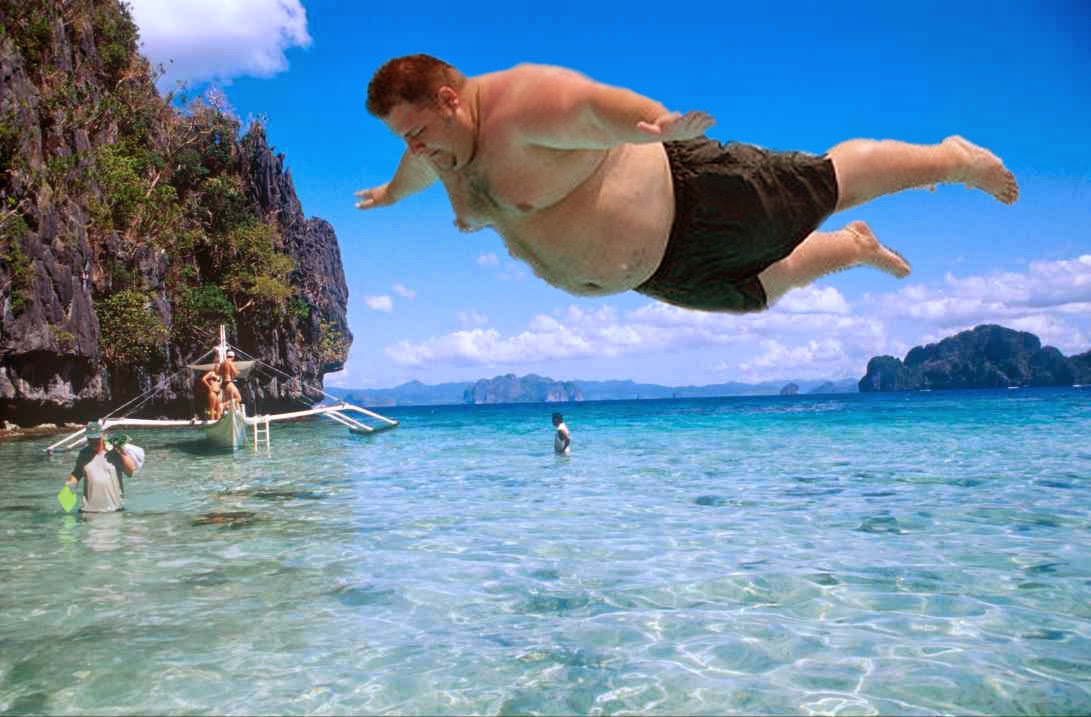 INSPIRATION FOR TODAY:
"I shall be telling this with a sigh
Somewhere ages and ages hence:
Two roads diverged in a wood, and I -
I took the one less travelled by,
And that has made all the difference."
~ Robert Frost, "The Road Not Taken"
PLAYING FOLLOW THE FOLLOWER?
Every morning a telephone operator in a small town received a phone call in which she was asked the time of day. One day, the operator asked her mysterious caller why he called every day to ask the correct time.
His answer? "I'm responsible for blowing the town whistle every day at noon, and just want to be sure I'm right on the second when I do it." With a chuckle, the operator replied, "Here at the telephone exchange, we set our watches and clocks by the town whistle!"
Watch children in a schoolyard and you'll notice the same thing. Children watch the child they perceive to be the leader, and then mimic his or her actions. They never realize that the other child is following the lead of still another.
So how will your day play out? Have you made original choices for the day, or will you be playing follow the follower? Either way, by bedtime tonight you will have been awake for about 16 hours and involved in some activity. Why not end the day with thanks - knowing that whatever you accomplished was by choice - not chance?